What is Mercury Safe Dentistry? 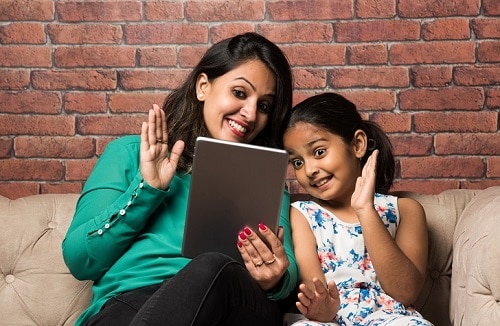 One of the most noticeable differences between our biological and holistic Wilmington dental office and other dental practices is how we feel about amalgam or mercury fillings. It breaks down like this: the silver fillings that have been used for over 200 years contain mercury. Dental amalgam is a mixture of metal powder and no less than 45% of elemental liquid mercury, a potent neurotoxin. By itself, mercury is a toxic poison. It was once thought of as being bound to the other dissimilar metals in an amalgamation. Science has known for decades that the mercury component leaks or leaches out of the filling. This occurs whenever we chew, grind our teeth, or drink something warm.

Do Dentists Still Use Amalgam Fillings?

Dental schools still teach dentists to use mercury amalgam (silver) fillings, and the American Dental Association (ADA) continues to tell the public they are safe. But recently, more and more questions have been raised about the safety of the mercury vapor released from amalgam fillings by various forms of stimulation. This has resulted in a controversy and an ongoing debate about them – with some dentists saying they are safe and some saying they aren’t. This has now evolved to the point where over 50% of practicing dentists no longer put mercury amalgam fillings in their patients’ teeth.

The controversy has also made dentists like Dr. Liu and Dr. Yu rethink what they were taught in dental school. They concluded that it’s not in the best interest of his patients or even our staff members to continue to offer mercury amalgam as a filling material. Effectively, our office became Mercury Free. In addition, because it has been proven that unsafe levels of toxic mercury vapor are released when amalgam fillings are unsafely removed, they also implemented a Mercury Safe removal protocol to protect our patients and our team. To that purpose, our Wilmington holistic and biological dentists completed the SMART training (Safe Mercury Amalgam Removal Technique) and are now certified by the IAOMT as Mercury Safe.

We Treat the Whole You!

Conventional dentistry places most of its emphasis on just fixing what’s wrong with your teeth – fill your cavities, perform root canals, treat gum disease, and put crowns on broken or damaged teeth. Problem solved, right? Well, not necessarily! We go one step further, considering your overall physical health to look for any underlying issues contributing to what’s happening in your mouth.

We realize that what you eat and what you do in your spare time (i.e., smoking cigarettes or drinking alcohol) can impact your smile. New studies show that when your mouth is unhealthy, it can be linked to severe health conditions such as diabetes, heart disease, stroke, low birth weight, and Alzheimer’s disease. A biological and holistic dentist in Wilmington understands the deep connection between your mouth and body. He has advanced training in understanding how:

– Oral infections can spread elsewhere in your body
– Mercury and other toxic dental materials can do harm
– A misaligned bite can cause symptoms such as headaches, joint pain, and difficulty sleeping

Is there something else you want to know about our team or our Wilmington biological and holistic dental office? Give us a call or drop us a line online. We’re happy to answer your questions and get you set up for an appointment where you’re free to talk to us about your smile goals.

Posted In: Amalgam Removal
← Previous Post
Next Post →
Learn More About Your Dental Health with All About Smiles!

It all adds up to better health, smile, body, and spirit!