Tired of Making Too Many Mistakes? Try Meditation. 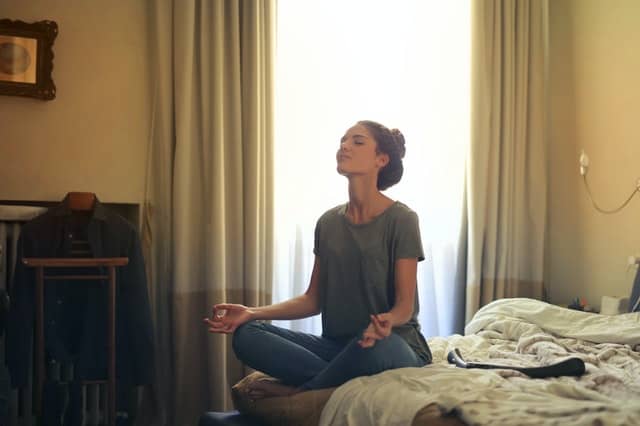 As your holistic and biological dentist in Wilmington, we have often told you about the many benefits and the power that comes with regular meditation. There was a recent study conducted by the University of Michigan that found that if you’re someone who’s prone to being more forgetful than others or if you tend to make mistakes when rushed, meditation might be key.

The research was published in Brain Sciences, “tested how open monitoring meditation altered brain activity in a way that suggests increased error recognition.”

One Meditation Session Made a Difference

MSU psychology doctoral candidate and study co-author Jeff Lin says that open monitoring works by having people focus inward during meditation and pay close attention to everything that’s occurring in both your mind and body. He says the goal is to “sit quietly and pay close attention to where the mind travels without getting too caught up in the scenery.”  Lin says that interest in practicing mindfulness is outpacing what science can prove in terms of benefits, but he says it was amazing to see how just one single session of guided meditation produced changes within the brain activity of people who don’t normally meditate.

But What About Mistakes?

To learn more about how meditation and mistakes could be connected, researchers recruited over 200 participants to explore more about open monitoring and errors. These were people who said they’ve never meditated before and were given a 20-minute open monitoring meditation session while their brain activity was measured with an electroencephalography or EEG. Then they had to complete a distraction test via computer.

“The EEG can measure brain activity at the millisecond level, so we got precise measures of neural activity right after mistakes compared to correct responses,” Lin said. “A certain neural signal occurs about half a second after an error called the error positivity, which is linked to conscious error recognition. We found that the strength of this signal is increased in the meditators relative to controls.”

Researchers are confident that their findings and future studies will show that mindfulness and meditation can enhance your ability to detect and pay attention to making mistakes.

As your Wilmington biological and holistic dentists, we’ve always believed in the benefits of meditation and introducing more mindfulness into your day. It can help you achieve so much more than you might think. We invite you to call our holistic and biological dental office in Wilmington if you have questions about your oral health. We are always welcoming new patients and we’ll be happy to get you scheduled for a convenient appointment that fits your schedule. Talk to us today to learn more. We look forward to hearing from you!

Posted In: Healthy Living, Whole Body Health
← Previous Post
Next Post →
Learn More About Your Dental Health with All About Smiles!

It all adds up to better health, smile, body, and spirit!